The second wave of CRE tech is barely three years old. In that time, the landscape has evolved astonishingly fast, with dozens of new companies formed and hundreds of millions of dollars of venture capital invested in the space. Given how quickly things are moving, it’s tough to predict what’s in store for 2016. Regardless, I’m going to give it a shot. Here are 5 things I expect to happen with CRE tech in 2016:

After a decade of stubborn resistance, 2016 is the tipping year where the CRE industry fully embraces cloud technology and mobility to drive efficiency and create competitive advantage. Those still married to their Excel spreadsheets will start to feel the FOMO (that’s Fear Of Missing Out, for you traditionalists) of not having data at their fingertips, as they see leading commercial landlords and brokerage firms adopt ahead of them. That list already includes the likes of CBRE, Vornado, Kilroy, Shorenstein, Beacon Capital, Starwood, Rudin, Silverstein, CREIT, Newmark Knight Frank and hundreds of other leading brands who’ve adopted the VTS platform.

More specifically, 1-2 of the new software categories will rise above the noise to become industry standard. Leasing management will lead this charge, and could be joined by test fit automation, and bid management. VTS stands as a good barometer of this shift, with our business  growing by 68% in Q4 alone.

With over 100 companies trying to “disrupt” commercial real estate, the second half of 2016 will bring with it a shakeout in CRE tech. I expect to see 2-3 M&A deals, as new CRE tech firms merge due to product/market overlap, or as larger technology incumbents try to catch up by acquiring newer technologies.

Prediction #3: There will be a flight to quality in venture financing

For the past 3 years, CRE tech has grown in a favorable fundraising environment, with investors spreading small bets across many players. That will change in 2016 as the largest market opportunities (and leaders) for CRE tech solidify and the financing markets tighten. The result will be far fewer early stage financings (Seed and Series A), and a flight to quality as investors look to line up behind companies they believe can win those transformative opportunities. The companies below the cusp are the likely candidates for the M&A activity discussed above.

2016 will bring the first of several blockbuster partnerships between a new wave CRE tech startup and major CRE technology incumbent that drives significant value to a broad audience of customers. This success will push other incumbents to integrate with new players who show demonstrated traction in the market, kicking off a dramatic industry shift from technology silos to an ecosystem of platforms communicating through API’s.

The last of my CRE tech predictions is that the leading companies will expand internationally and do so much faster than expected. The drivers will be demand from an increasingly global audience of CRE owners and brokerages who expect their technology to cross borders with them, and the inherent scalability of cloud technology enabling rapid expansion into international markets.

There you have it, my CRE tech predictions for 2016. I’d love to hear your thoughts so tweet me a comment below: 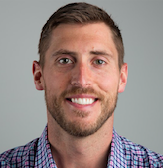