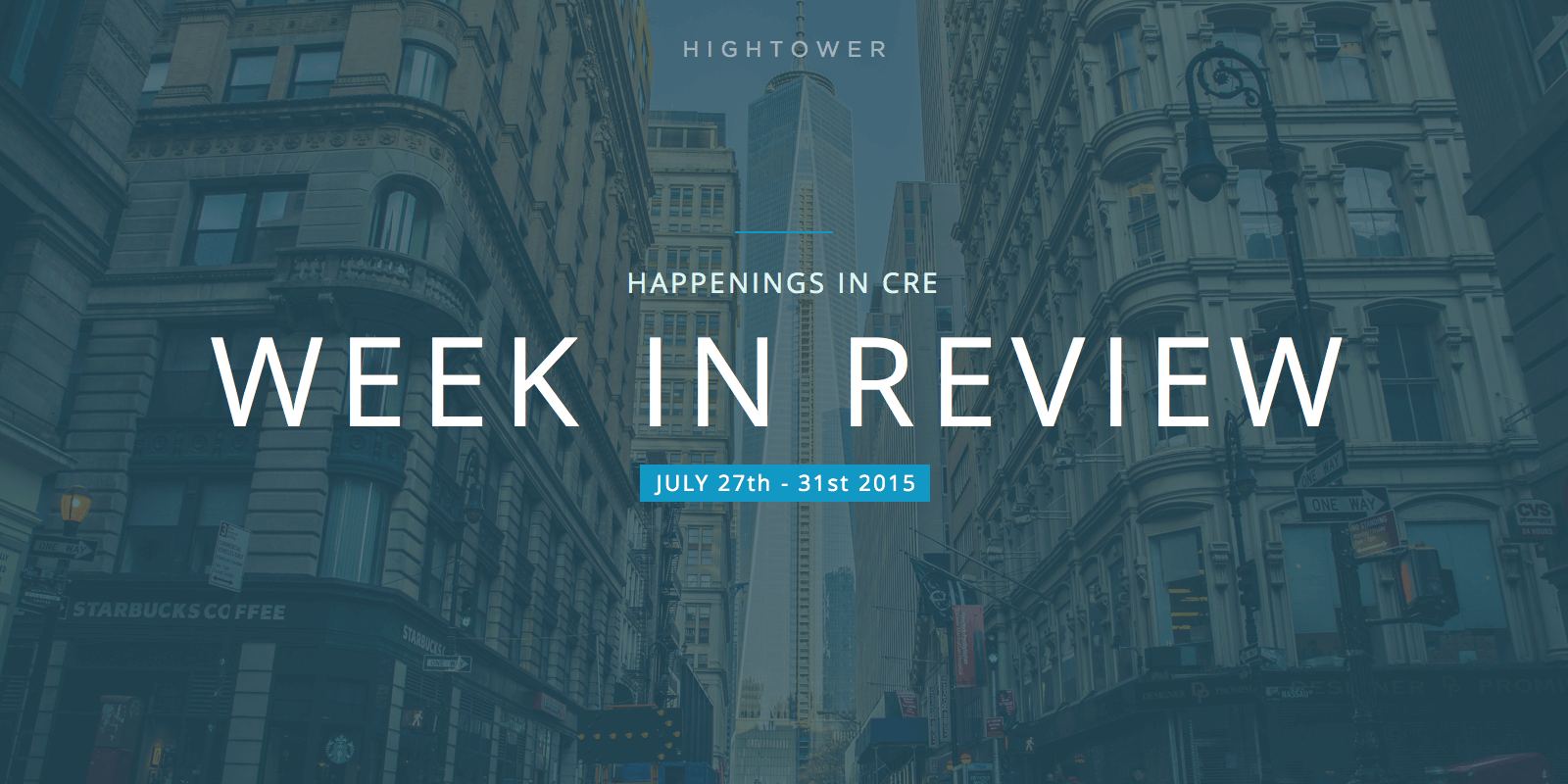 Even through the summer vacations and heat, CRE doesn’t rest. Here’s a review of the top stories from this past week.

And, to close on a high note, read Brandon Weber’s interview with TheRegistry from earlier this week: Hightower delivers innovative leasing management platform for CRE.