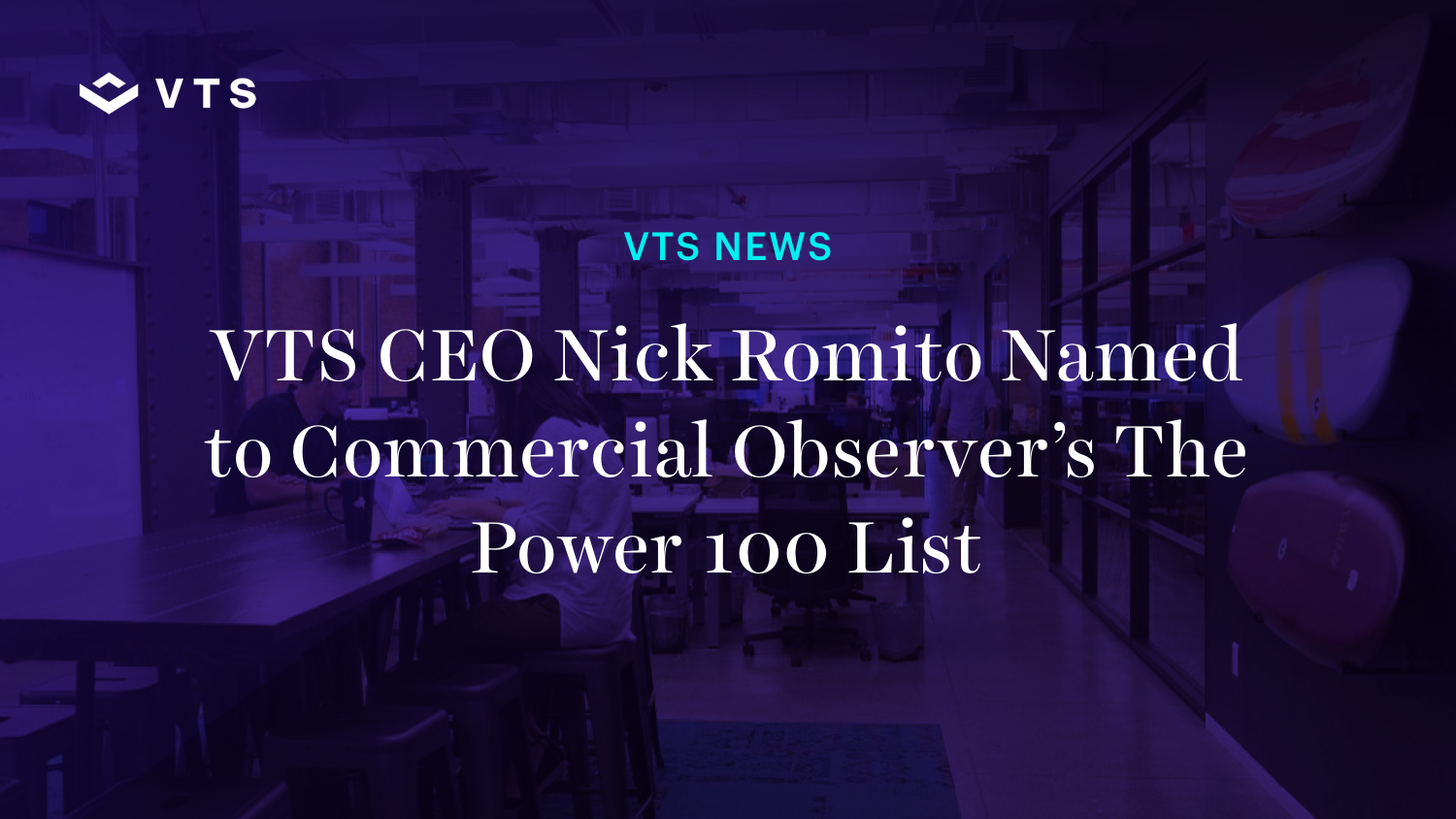 We’re excited to announce that our CEO and Co-Founder Nick Romito has been named to the Commercial Observer’s annual Power 100 list. This list honors the most prominent real estate players of the year across the industry, including developers, investors, brokers, tenants, architects, and more. This year, VTS was the only Proptech company recognized on the list, underscoring the growing importance of Proptech and VTS’ role as the premier leasing and asset management solution.

“It’s a true honor to be recognized by Commercial Observer on this year’s Power 100 list,” stated Romito. “This year has brought unprecedented challenges to commercial real estate. I’m proud of what VTS has been able to accomplish for the industry and am humbled to be named amongst some of the most notable and accomplished names in New York’s real estate community. Furthermore, as the leader of the only Proptech company acknowledged on the list, this represents the rise in importance of technology as critical for operating a commercial portfolio.”

The future of the VTS ecosystem:

Nick has led VTS through an outstanding year, most notably with our launch of VTS Market, the commercial real estate industry’s integrated, online marketing platform that enables landlords and their agency teams to market and lease their available spaces remotely for the first time. With VTS Market, landlords finally have a fully-digital, data-driven way to market and lease their spaces online — all from within the VTS platform they use to manage their leasing and asset management activities today. With the majority of the market’s largest owners onboard since its official launch this June, such as Tishman Speyer, SL Green, Brookfield Properties, Empire State Realty Trust, Hines, Oxford Properties Group, and RXR, VTS Market has become the most rapidly adopted product in Proptech history.

Elijah Alexander is a former member of the VTS team.
PREVIOUS ARTICLE NEXT ARTICLE