What the Subscription Model Means for Office Leasing 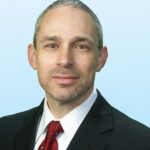 This guest post comes to us from Dan Spiegel, Executive Vice President of Operations for Colliers International in the United States.

In the old days, when you wanted a piece of software, you paid up front for a license that allowed you to use it forever. In other words, you pretty much owned it. But companies like Salesforce flipped the script with the software as a service (SaaS) model, allowing customers to pay a recurring fee for their tools, giving them greater flexibility and customization.

Now, that subscription model has expanded to everything from cloud infrastructure (Amazon Web Services) to razor shopping (Dollar Shave Club). And with the rise of coworking, we’re now seeing the subscription model expand to office leasing as well. It started with Regus, which pioneered the shared office concept for travellers two decades ago. Since then, companies like Alley, Industrious, and most famously, WeWork, have used the subscription model to give clients the same flexibility with their office spaces that they get with their software tools, with a community of like-minded tenants to boot.

Coworking represents a huge shift in how office space is leased, and creates new questions for owners and brokers.

Coworking is Tenant-Friendly but Could Be Risky for Owners

The biggest benefits of coworking go to the end users -- the companies actually using the space. Imagine it from a startup’s perspective. In the beginning, you and your cofounders could start by renting a few desks at your local coworking space to start building your company. As you hire more, you can gradually expand each month and start renting a few dedicated offices.

That’s not to say it’s only startups who have embraced the model. Giants like GE have also leased coworking space to cut costs, give certain teams access to more creative spaces, and tap into a cutting-edge community.

Companies, especially startups with fast-growing teams, often end up paying for space they aren’t using when they lease long-term. But coworking lets them avoid that extra cost. Plus, this model makes for a more efficient market as a whole. If no one is occupying more space than they need, availability should more accurately match demand.

From an owner’s perspective, coworking sounds great. WeWork alone has leased more than 4.6 million square feet of office space, often signing on to take over entire buildings. When filling space is the name of the game, that’s a dream come true for landlords, right?

Yes and no. While lower vacancy is great, it’s risky to have such a high percentage of space leased to one tenant, especially when you consider how new the coworking model is. What if the economy slows down and a big chunk of coworking tenants cancel their subscriptions? Coworking providers might not be able to keep paying rent. According to a recent Commercial Observer article, NYC landlords are not concerned, but it’s still something every owner dealing with these providers needs to think about.

What Does This Mean for Brokers?

On the agency rep side, the coworking model hasn’t changed much so far. It doesn’t make a huge difference to them whether they lease out space to a coworking provider versus anybody else -- once the space is leased, their work is done.

It’s tenant reps who you’d think ought to be worried about this new model. If coworking providers let tenants come to them and negotiate subscription deals directly, doesn’t that cut tenant reps out of the action?

That may have been the case when coworking was reserved for lone entrepreneurs and early-stage startups. But coworking providers have found that bigger companies are much less likely to just come to them, and many of them insist they conduct deals through a broker. That’s why WeWork came up with a commission program for tenant reps, showing they remain a vital part of the equation under the subscription model. For them, coworking spaces become another valuable option they can provide tenants

The office subscription model is filling a definite need in the market by providing flexibility and a sense of community to tenants. While there are some possible risks, the huge demand for coworking means it’s something commercial real estate professionals need to embrace. 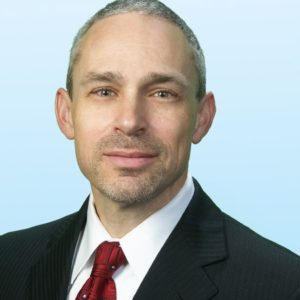 Dan Spiegel is the Executive Vice President of Operations for Colliers International in the U.S. With over 25 years of experience in the commercial real estate industry, Dan is keenly interested in the intersection of technology and CRE.
Connect with Dan Spiegel
PREVIOUS ARTICLE NEXT ARTICLE