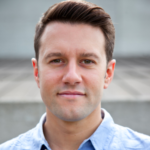 Years ago, the term “flexibility” was not one commonly associated with commercial property. Typically, the term is an unglamourous one, often linked to uncertainty. However the recent ULI UK Annual Conference which took place at UBS’ Headquarters in London, flipped this concept on its head. Flexibility now appears to be a quality that is much sought after (and voluntarily so) by players in the UK commercial property market.

In today’s market, flexibility is key if landlords intend to to avoid obsolescence. This was a sentiment that was shared by many of the delegates attending the conference. Industries and occupiers are changing so rapidly that if flexibility is not built into a building, landlords face the very real possibility that at the end of a typical modern lease, they may be left with an asset that has significantly less value.

Take, for example, those landlords who have financial services companies as their tenants. Many of these firms are going down the route towards becoming technology, or fintech organisations. Goldman Sachs is a prime example. Of the company’s 33,000 employees, 9,000 are engineers or programmers.

Incorporating flexibility into assets is imperative for a couple of reasons. Firstly, these companies are in the business of attracting a new type of worker, largely millennials who require different features from their place of work, in terms of layout, amenities and more. Occupiers need to be able to provide these services to tenants to enable them to recruit and retain critical talent. Secondly, consider the physical space and changing infrastructure demands of these firms. In the 1980’s, financial services firms needed large areas of space dedicated to computing infrastructure and disaster recovery centers. Now, with the advent of cloud-based computing, this need is vastly minimised. With flexibility of build, these landlords are able to reuse this space to create a more attractive workspace.

Who would have thought that algorithms could be applied to buildings to determine investment potential? Well, this is closer than you think, with the primary focus being of such algorithms to determine, you guessed it, a building’s flexibility.

Chlump Chatkupt, Founder of Placemake.io and mathematician, is developing an algorithm to measure the flexibility of buildings by analysing their most applicable uses, rather than, for instance, just taking into account typical inputs such as rent roll. His algorithm looks at all collectible data points around a particular building, ones that you wouldn’t necessarily consider when thinking about buildings for investment purposes, such as social media check-ins, to see which buildings, and what aspects within them, people are genuinely using.

Whilst the industry is a little sceptical about the applications of the algorithms, this conversation gave delegates a fascinating peek into what the future of investment could realistically look like and how they need to be preparing to incorporate data, into decision-making going forward.

Urbanisation – the jury’s still out

One of the most debated topics at the conference was the concept of urbanisation. Paul Donovan from UBS argued that with rapid increases in technology, there will be a move away from urban areas as people genuinely have the capabilities to work in a decentralised pattern. However, there was strong sentiment against this theory from various other speakers who believed that while giving people the opportunity to work say, one day per week from home was viable, ultimately the British workforce wants to be working in an office. This was attributed to the view that we are all social creatures who thrive on the human interaction that the office environment provides.

Sebastian Abigail is a Senior Account Executive at VTS and sits on the ULI’s Tech Forum Committee. Prior to joining VTS he was a commercial leasing agent at Knight Frank, where he went onto form a specialist team responsible for sourcing innovative technology solutions for clients. Subscribe to the VTS blog: https://blog.vts.com/
Connect with Sebastian Abigail
PREVIOUS ARTICLE NEXT ARTICLE