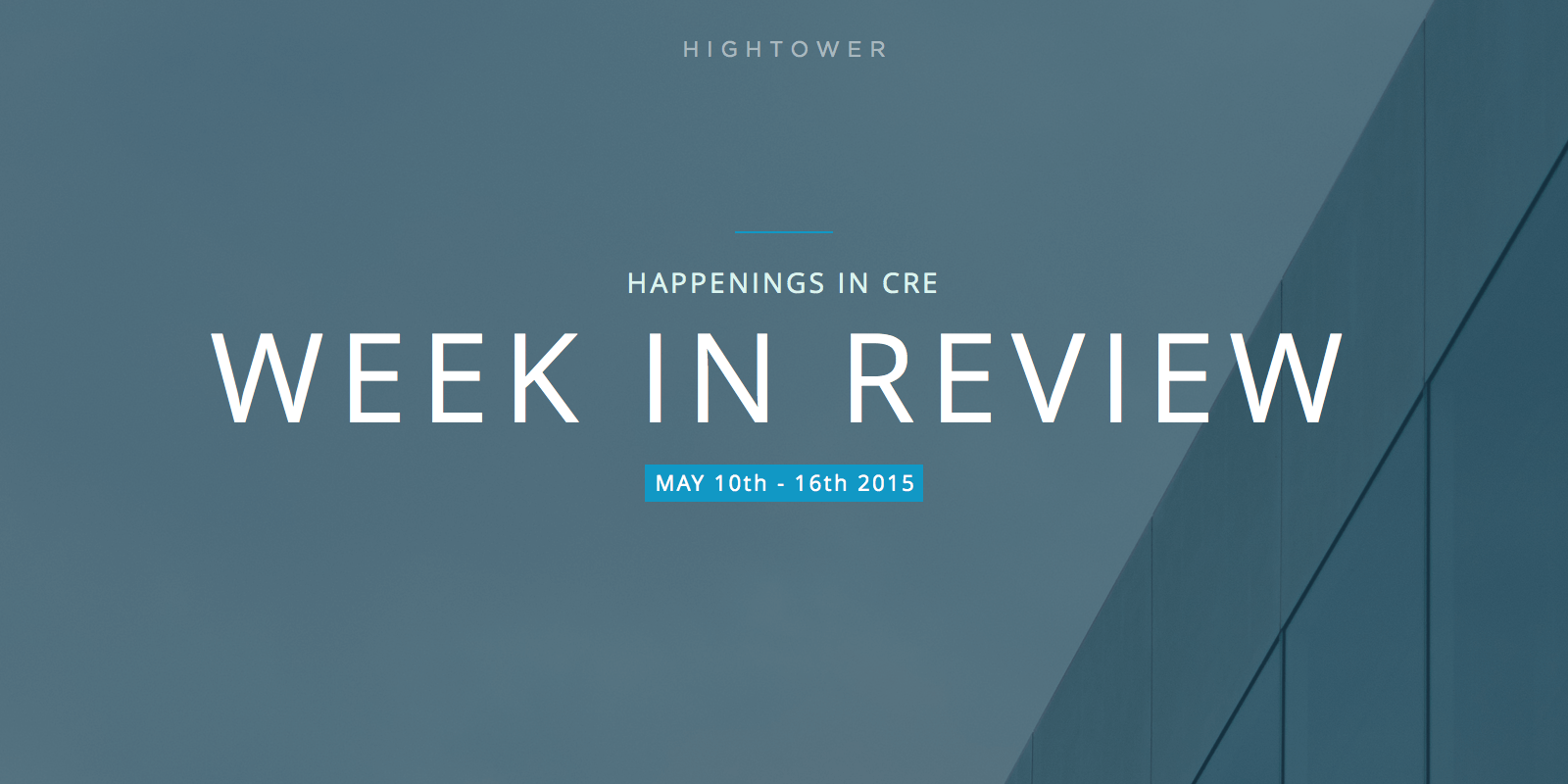 The week began on an exciting note when DTZ announced its $2 billion acquisition of Cushman & Wakefield. The new entity, which will employ more than 43,000 and boast $5 billion in annual revenue, is expected to become a significant challenger to JLL and CBRE.

The DTZ-CushWake deal was remarkable for its size -- and for the fact that DTZ just completed its acquisition of Cassidy Turley in January. The rate of DTZ’s acquisitions suggests that there may be more M&A coming to the CRE industry.

Foreign money is pouring into US real estate, and it’s not just houses: According to research from Real Capital Analytics, CRE transactions jumped 45% by dollar volume in Q1’15. The surging activity -- largely driven by international players -- has forced many investors to buy properties in bulk.

The CRE boom forecasted strong through 2017: The Urban Land Institute released a new forecast that predicts solid growth for CRE for the next three years, with next year expected to be exceptionally strong.

For CRE, jobs picture is mainly good news: The growth of jobs in the financial services sector is one of the most important indicators for office markets in the US, says Ken McCarthy of Cushman & Wakefield. Over the past year, 151,000 jobs have been added to the sector -- 9,000 in April alone.

NYC hotel supply will peak in 2015: According to Commercial Observer, there are roughly 29,000 hotel rooms in the construction pipeline across 200 hotels in NYC. If these rooms are added, there would be a whopping 142,000 hotel rooms in NYC. Room supply is expected to outpace demand by late 2015 or early 2016.

Lenders remember lessons of 2007: Deal flow is incredibly strong, but lenders are not an amnesiac bunch. According to Diane Butler of Butler Burgher Group, many lenders still remember 2007 and are drawing parallels to the present. However, not everything is the same.