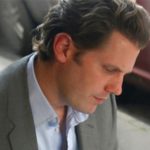 If recent announcements from Uber and Google are anything to go by, technology is taking the physical infrastructure of cities and commercial property by the scruff of the neck; realigning the boundaries of influence and reach. With non-property focused companies playing such a big role in defining the future role of commercial property, it’s clear that the paradigm has shifted.

3D printing has the promise to provide all of the required solutions for our future cities, but what is the tech currently capable of? How viable is a 3D printed city? Are we there yet, or is it still a decade or so away?

The property industry has a big job ahead of it, the city is changing; sustainability and connectivity are the new rules we must adhere to. The demands of creating a fully connected smart city, the highest of hi-tech, are huge. Such advanced technology doesn’t come cheap, and yet it must remain affordable enough to attract a steady stream of tenants, especially when the need for physical office and retail space is quickly diminishing.

How far from 3D printed cities are we?

Put simply, not far at all. We are already seeing amazing progress in 3D printing; let’s quickly talk about a couple of exciting examples.

Just recently, it was announced that researchers at MIT (Massachusetts Institute of Technology) have developed methods for producing a whole new range of 3D printable materials, so much so that an entire building can, for the first time, be 3D printed.

The specific science and engineering involved is incredibly complicated, certainly beyond my area of expertise, but it means that 3D printing is no longer confined to plastics, it can now print glass, metal, and even food. As such, 3D printed materials no longer need to be combined with non-printed materials in order to construct a building.

Not only does this mean that the cost of construction comes down, but it also allows for structures to be built that traditional methods simply don’t allow for. Traditional 3D printing methods could only print objects of a limited size and form. This new research from MIT has led to the development of an entirely new method, featuring a giant robotic arm that has the ability to print objects of any size, shape and substance, be it concrete or foam insulation.

3D printing is a construction method that allows for faster and cheaper structures, but equally importantly, it is an awful lot safer than traditional methods. Construction is one of the most dangerous professions in the world, 3D printing can help put an end to that.

The true ability of 3D printing has been demonstrated in Russia, with an entirely 3D printed building constructed in just 24hrs, at a cost of $10,000. Most importantly, the entire structure was printed on-site, not produced in a factory elsewhere and transported to site. This is, I believe, the most important advancement to date.

If a building can be printed entirely on-site, it means that we can start building in places that, until now, have been far too impractical and dangerous. Before, building locations were limited by, for example, transport links; if a truck can’t carry the steel beams to the site, you can’t build there. Now, all you have to do is lift and place the printer. Houses can be built in the harsh, rural locations of this planet, providing shelter for those in desperate need of it. Looking forward, the potential is there to strap the printer to a rocket and start construction on Mars and the moon.

What does all of this mean for commercial property?

A lot. The ability to build cheaper, faster and smarter is priceless, and arrives just at the right time to complement efforts that are being made to future proof our cities by rebuilding them ‘from the internet up’. Google, for example, have announced they are to do just this in Toronto, Canada. Dubai has also gone on record to say that, by 2030, they want all 25% of their buildings to be 3D printed.

Redesigning a city's infrastructure is incredibly difficult when you have to work around its existing one. The physical limitations of an established city greatly hinder our ability to adapt them to the modern world. 3D printing makes it much, much easier. Additions can be made to land that was previously unsafe to build on (much of London is build on ground too soft for heavy construction), construction can take place without causing major disruption to the surrounding area, and the materials and architecture can be designed to allow for optimum connectivity, an asset that will surely become even more valuable than location.

There is, however, a potential downside for the commercial property industry. As 3D printing becomes more and more capable, we will inevitably see a decline in traditional manufacturing and, as the tech advances and becomes more affordable, retail will suffer as more and more people start printing products out, at home.

To us, this means less demand for shopfronts, factories, warehouses, and shopping centres. The industry is going to have to think quickly and maneuver nimbly in order to stay one step ahead. What will these now defunct buildings and sites become? It is likely to still be something that needs selling/letting, so we know that the property industry will still be relevant, but only if we’re ready and prepared when called upon. If not, there is the risk that the job will be given to a different, disruptive industry.

I read somewhere, I really wish I could remember where, an article that began to suggest that the future of property deals is social media, direct from landlord to tenant without any real 3rd party involvement. I’m not saying I agree, but it’s a sign of how people are thinking nowadays; find the fastest, most direct route to market.

3D printed buildings can be ordered on spec, on demand, by anyone; maybe our future is one where we focus on land, rather than property? Is that an avenue worth investigating? Whatever the future looks like, one thing is for sure. Planning and construction regulations are going to have to adapt quickly to what’s going on, otherwise they’re likely to halt a lot of the progress we’re seeing, as companies spend their efforts fighting with the government. 3D printing and the ability to digitally fabricate structures, on-site and on-demand, with sustainable materials that compliment the environment into which they’re being built, signifies a significant shift; we are moving away from the machine age and into the biological age. We spend our lives embroiled in bricks and mortar, so we have a lot to think about. 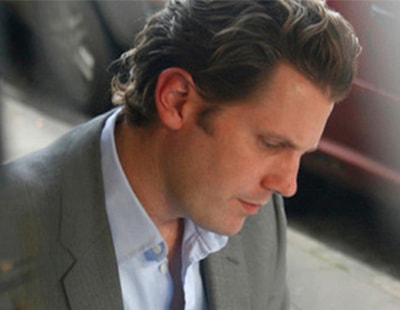